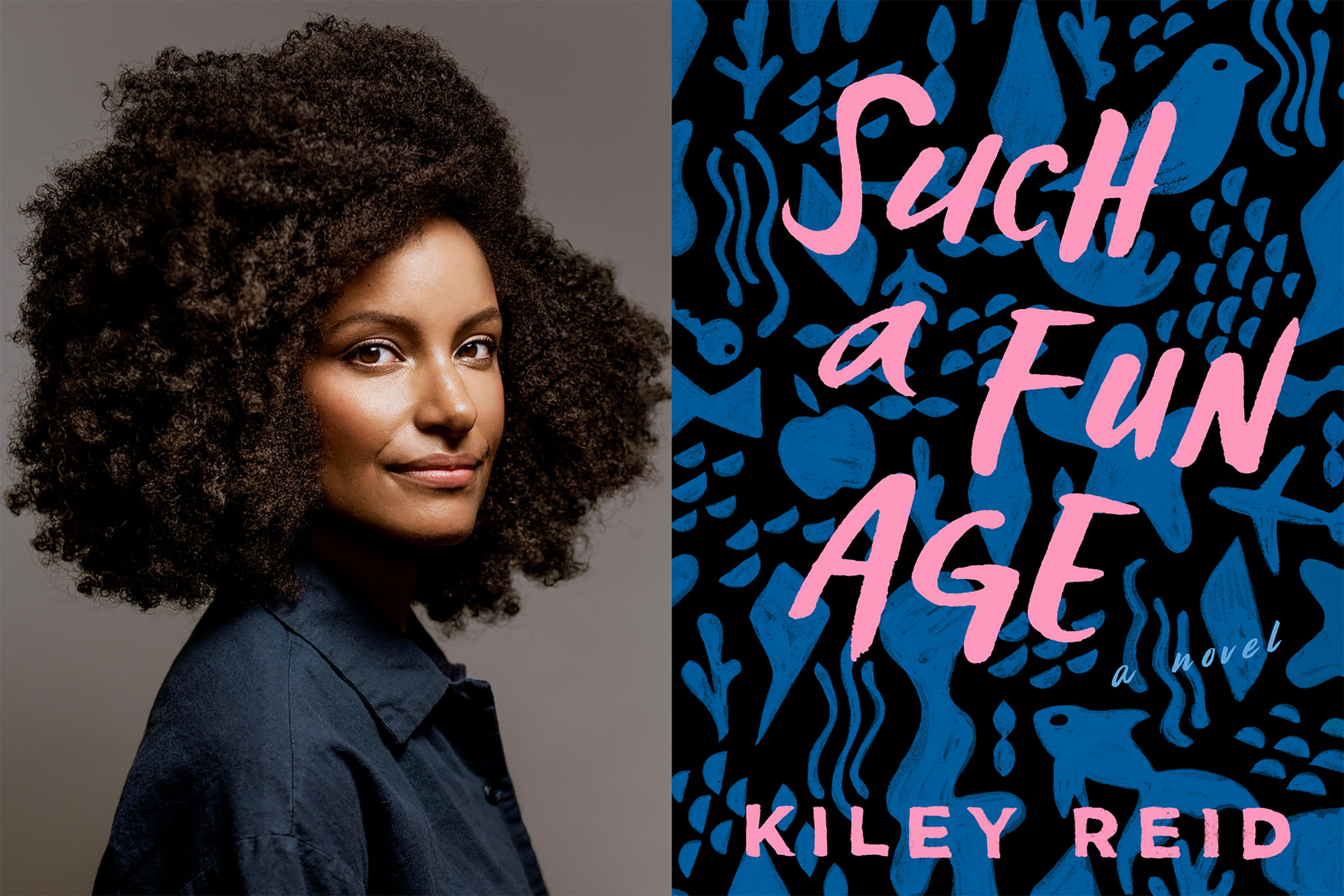 Please join us TUES. NOV 10 at 1:10 PM for the next installment of RU's Inside the Writers House, when Writers House instructor Alex Dawson talks with author KYLIE REID about her hotly anticipated debut novel, SUCH A FUN AGE.

Longlisted for the 2020 Booker Prize, winner of the African American Literary Award for Break-out Author of the Year, and an instant New York Times bestseller, Such a Fun Age has been called "the most provocative page-turner of the year" (Entertainment Weekly), "entertaining... so beautifully intricate and real and fascinating that readers will forget it’s also full of tough questions about race, class and identity" (Washington Post), a "hilarious, uncomfortable and compulsively readable story about race and class" (Time), a "funny, fast-paced social satire about privilege in America" (The Atlantic), "lively… carefully observed" (New Yorker), "provocative... surprisingly resonant" (New York Times Book Review), "a sparkling debut" (People, Book of the Week), "an exploration of race and racism and misguided perceptions, executed with wit and a sharp edge" (Boston Globe), "smart, quick-paced... plausible, powerful... a bold, urgent, essential... deliciously readable and incredibly complex... a masterwork" (Minneapolis Star Tribune),  "a vivid page-turner that explores agency and culpability" (Vanity Fair), "a delectably discomfiting debut" (Vogue), "often funny and always acute, but never savage" (Slate), "riveting" (RealSimple), "rewarding" (San Francisco Chronicle), "a game-changing debut" (BookPage, starred), "lucid, absorbing, graceful, forceful, but unforced" (Library Journal, starred), "sharp... impressive... charming, challenging, and so interesting you can hardly put it down" (Kirkus, starred), "smart and timely" (Booklist), "a bullseye of a debut" (Emma Straub), an "acerbic send-up of identity politics... clever and hilariously cringe-y... a provocative reminder of what the road to hell is paved with” (Oprah Magazine), and "the calling card of a virtuoso talent, a thrilling millennial spin on the 19th-century novel of manners" (Guardian).

“A complex, layered page-turner…This is a book that will read, I suspect, quite differently to various audiences—funny to some, deeply uncomfortable and shamefully recognizable to others—but whatever the experience, I urge you to read Such a Fun Age" - NPR

Reid earned her MFA from the Iowa Writers' Workshop, where she was awarded the Truman Capote Fellowship and taught undergraduate creative writing workshops with a focus on race and class. Her short stories have been featured in Ploughshares, December, New South, and Lumina. She lives in Philadelphia.